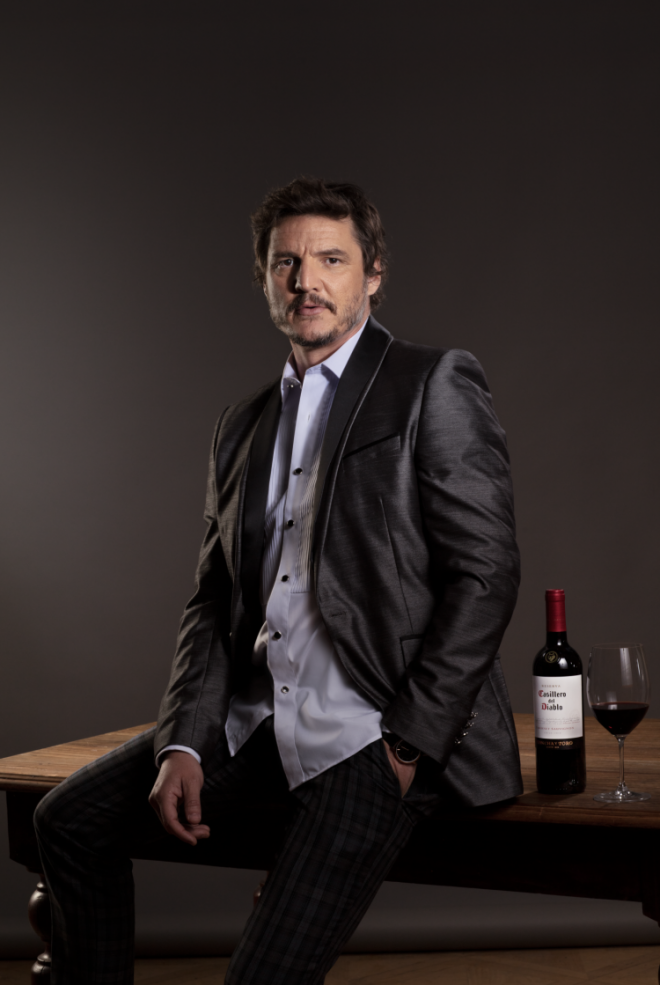 Concha y Toro’s principal brand has always stood out for its striking cinematographic advertising campaigns featuring celebrated characters. In the new campaign for release in Autumn 2021, Pedro Pascal will breathe life into a new, mysterious and elusive character linked to the wine legend.

The actor is famous for his roles in a number of movies and series such as The Mandalorian, Wonder Woman 1984, Narcos and Games of Thrones. His success has once again been confirmed after being chosen as one of The Artists of the Year, according to Entertainment Weekly magazine.

“For Casillero del Diablo, the selection of Pedro Pascal as the new legend is a historic event, as it is the first time that we will have a global brand ambassador. He is a world-famous celebrity who is enjoying an extraordinary moment in his career. He is also originally from Chile, and shares many characteristics with our brand, such as sophistication, reliability and globality, among others”, said Casillero del Diablo Global Marketing Director, Sebastián Aguirre.

The new global campaign was recently filmed in Santiago, Chile and will be launched in the second half of 2021.

Big news from Mendoza as @TriventoArg is named the top-selling Argentine wine brand in the world (via @HarpersWine ) https://t.co/LvXGrUuxae https://t.co/pBzOQSSSF0

Great to see @CasilleroDiablo Tempranillo is featured as a Wine of the Week by @PlanetVictoria in @Telegraph - "Tempranillo is the rioja grape and in Casillero’s iteration it is a very smooth red featuring soft strawberry flavours..." https://t.co/LyN8H0Gs2B https://t.co/RYs9b6Utae

Read all about it - @TriventoArg is now a TOP TEN wine brand, and Reserve Malbec the #1 selling red wine sku! via @AsianTrader https://t.co/OJ8vfE8dwh

A big moment for @TriventoArg as it breaks into the UK Top Ten Wine Brands for the first time - and also has the best-selling red wine! Full story here: https://t.co/sy8oR9BqD8 https://t.co/0g3pY9rDUh